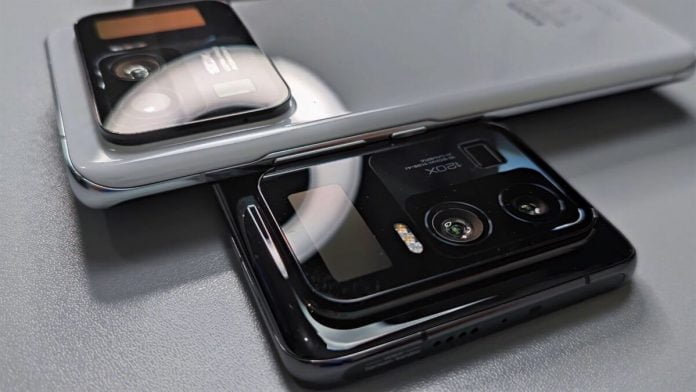 The Xiaomi Mi 11 was launched in China December last year. The device was later launched globally in February 8, 2021. With the global launch, we expected to see the Mi 11 lite, Mi 11 Pro and Mi 11 ultra which was not announced together.

We have seen a lot of pictures and heard a lot of things here and there about the release of the Mi 11 Ultra, not until recently, a Filipino YouTuber got their hands on the device, we could really know almost all the features of this device.

A Filipino YouTuber with the screen name Tech Buff PH was able to get their hands on the Xiaomi Mi 11 Ultra somehow, and have leaked a lot of the details to expect from the smartphone. The video on this YouTube channel is currently set to private, but it can be found on other channels that were able to get this before it went private.

The Xiaomi Mi 11 ultra comes with a huge bump camera at the rear of the device which looks pretty much like the Xiaomi Poco X3 NFC. It spots a triple camera set-up with 50MP wide camera (Primary), 48MP ultrawide and 48MP periscope units. Beside this camera is the LED flash and the secondary screen.

With the secondary screen, you can now take great pictures with the primary cameras. The leaked video revealed two colors of this device; black and white. Both of this device has 120X written on the right side of periscope units. This reveal that the smartphone will be able to perform 120X zoom.

Revealed on this video, the black variant of the smartphone has “120X, 12-120mm, 1:1.95-4.1” written below the 120X while the black version has “Ultra Pixel AI Camera” instead. We don’t still know while both versions have different text written on them, but that might either of them ae prototype.

The Xiaomi Mi  Ultra, according to the YouTuber comes with 6.81” WQHD+ 120Hz curved OLED screen protected by Corning Gorilla Glass Victus and feature a punch hole in the upper-left corner for the 20MP selfie shooter.

This device has not been officially announced yet and there are no words from Xiaomi either. The launch of this device could be near, now that it has appeared on hands-on Video. You can watch the mirror video below.

Vic's guide upgrades your life by providing you the latest review of the best gadgets out there. It is a website for tech review, guides, specs, price comparison, apps, software, stores and lots more. Disclaimer: Vic's Guide may earn a commission if you purchase a product through links on our website.