Yusuf Ramon
Yusuf Ramon is a creative writer who utilizes his writing skills to produce amazing informative articles across divergent niches. He also loves writing poems and inspirational content. During his leisure period, he enjoys playing football and chilling out with his friends.
- Advertisement -

Many gamers are already used to the standard way of connecting a game console to the TV via HDMI cable. However, this usually comes with frequent lags and causes cluttering in the room, which can be annoying. Therefore, you may already be considering other alternatives, and I am certain wireless HDMI is at the top of your list.

Since you do not know much about wireless HDMI and are not even sure if it is an excellent idea for gaming, going for it may be challenging. Nevertheless, you should not worry about this as we have gathered every detail about HDMI and will tell you if wireless HDMI is good for gaming. So without wasting much time, let’s get to it.

HDMI stands for High-Definition Multimedia Interface and has been the leading method of transmitting data between digital devices for over a decade. HDMI can transmit high-definition videos with audio. You will find HDMI ports in virtually any standard TV, home theatre, DVD player, laptop, desktop computer, and other home electronics you can think of.

At the advent of HDMI, the transmission was only possible through a cable, and this method was called wired HDMI. However, this narrative changed in 2012 when the first wireless HDMI devices were introduced.

You can see that there is no big deal about HDMI than just being a modern way of transmitting data. Recall that we mentioned two forms of HDMI in the above section, wired HDMI and wireless HDMI. In the next section, let’s look at these two types of HDMI.

Wired HDMI is the first and most familiar form, which uses cables to transmit data. This form of HDMI exists in different types depending on the nature of the cables, such as coaxial cables, fiber optics, and Ethernet cables. The cables are excellent for transmission but have a lot of setbacks in terms of reliability and distance. Hence, the need for a reliable alternative.

Considering the issues of using a wired HDMI, tech companies started working on alternatives, and in 2010, wireless HDMI was introduced. This new method of transmitting data through HDMI does not require cable and can be likened to a home router. However, unlike home routers, wireless HDMI does not have a Wi-Fi connection; instead, it utilizes a transmitter and receiver connected at both ends of the devices (gaming console and TV).

Wireless HDMI eliminated most of the problems of using wired HDMI and then brought up its issues, although they are less significant than the latter. Let’s consider the advantages of the two types of HDMI over each other. 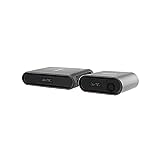 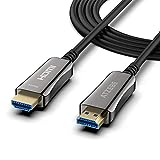 After considering the advantages and disadvantages of the two types of HDMI, the following action is to answer the question: “Is wireless HDMI good for gaming?”

Is Wireless HDMI Good For Gaming?

Looking at the advantages of wireless HDMI over wired HDMI, one can easily detect that it will be an excellent option for gaming. However, it is not absolutely rosy.

Conversely, most wireless HDMI can only deliver up to 1080p resolution for maximum quality, and those that claim to deliver at a higher resolution up to 4k end up messing with the display and audio quality. This is due to the low bandwidth of a wireless connection, which affects the signal directly if not adequately enhanced. Thus, it presents a significant advantage to wired HDMI that delivers at high bandwidth and refreshes rate of up to 120 Hz. Unfortunately, most wireless HDMI only delivers at 60Hz or lower.

Nevertheless, this does not imply Wireless HDMI is bad in terms of resolution since many TVs do not yet support 8k resolution. Moreover, a resolution of 1080p is standard in the industry. You also have to consider that wireless devices can only improve; we have seen this over the years, even in developing HDMI extenders.

In summary, going for a wireless HDMI over a wired HDMI for gaming is an excellent decision since it offers better flexibility, quality connection, and an enhanced user experience. On the other hand, wired HDMI may provide better display quality and higher bandwidth, thereby might support more gaming features.

How To Improve Your Wireless HDMI

We have made it clear that wireless HDMI devices are good for gaming, even though there are instances when their performances can be impaired. You can always improve this by maintaining a direct line-of-sight connection and utilizing the wireless HDMI at lower resolutions.

When listening to music with high vibes without a sub to reproduce the low-pitched audio frequency (bass), you surely...
TV