You could buy a phone with lot premium features less than 50,000 naira. Use this guide to get the right one for you.

Victor Smith
Victor loves talking about Tech and he reviews a lot of gadget. His Reviews are based on his use of this gadgets and his opinions about them.
- Advertisement -

Are you looking for the best phones under 50000 naira in Nigeria? You just landed in the right place. In this guide, I will be sharing with you all available phones you could get below 50,000 naira.

You must have seen a lot of phones with great features in 2021. Now in 2022 many smartphones brand have started announcing upgrades to their phones. With every little upgrade of every phone released, there is always a price increase.

Out of all these phones released every year, there are still some phones with decent specs you could buy for less than 50,000 naira. It’s not everybody that has a big budget, so if you are keen on finding a great quality phone that mimics premium features read on.

There is something to take note of, however. The prices of these phones may change at any time and it could even be above the price benchmark we are discussing in this guide. This happens often due to changes in the exchange rate here in Nigeria, but everything goes to normal with time.

Also, we will always update this article from time to time in order to give you the best experience with us. Take a look at the best phones with great features and specs you can buy as low as 50,000 naira. These phones deliver the best features and a great user experience that well above their price tag.

Best android phones under ₦50,000 at a glance

The Samsung Galaxy A02s is one of Samsung’s A-series phones that comes with valuable specs for its price. The design of this smartphone is amazing, particularly, the rear design.

Aside from the fantastic design, the phone also performs really well. It comes with the snapdragon 450 processor, 5000mAh battery with 15W fast charging, 3GB or 4GB of RAM, and 32GB or 64GB of internal storage.

Starting at NGN 52,000, the Galaxy A02s comes with 4GB of RAM and 64GB of internal storage which is amazing at this price. What I consider a downside of the phone is, it has no fingerprint scanner. But if you want your next phone to be a Samsung device, here is a good one.

The Xiaomi Redmi 9C comes with a nice design, a gaming processor, 3GB RAM, and 64GB internal memory. This device did not only come with a modern processor, but it also comes with a 5000mAh battery that keeps the phone on all day.

In addition, the Redmi 9C spots a triple camera set-up costing you only $130 (53,000). The camera set-up includes a 13Mp main camera, 2Mp macro, and 2Mp depth sensor. The selfie camera is only 5Mp and pictures taking from the front cameras are not that detailed.

The Xiaomi Redmi 9C is worth buying if you are intent on finding the best phones below 50,000 naira. It comes with many features you will love about this device. It sports the MediaTek Helio G35 processor with 8-core, a 5000mAh battery, quality Haptic motor, Android 10 based on MIUI 12, impressive design, and a lot more.

The Xiaomi Redmi 9C is a great-looking phone indeed, but since it’s just a little above 50,000, you can’t really expect much from this device. For example, it does not come with an infrared sensor, camera quality is average, does not support fast charging even when you use a fast charger and you get intrusive ads.

Umidigi A9 is an entry-level phone that gets decent specs for its price. The phone is powered by a MediaTek Helio G25 processor, which means the phone is not the fastest out there, but the phone performs very well.

The phone has great software optimization and there isn’t much holding the phone back. The launcher is very light and you also don’t get a bunch of useless apps that come pre-installed. You just get some Google apps and that just about it.

The phone has a 6.3 inches screen with full HD resolution and also IPS panel that has pretty decent colors and good viewing angles. The phone comes with three cameras at the back. The main camera sports 13MP sensors, the ultrawide camera 8MP, and the Depth sensor are only 2Mp.

One new feature of this device is an infrared thermometer. The thermometer works pretty well, but you have to be very close to the object to get a good temperature reading of the object. All in all, this phone is one you want to check out when selecting the best phones under 50,000 naira.

The Gionee S12 Lite sports a lot of amazing features. The phone is powered by a MediaTek Helio G25 processor, 3GB RAM, 64GB internal storage, and a 4000mAh battery. This smartphone should be one of your picks when shopping for the best phones under 50,0000 naira.

The phone is a very decent one and comes with a 13MP primary camera for taking decent photos. 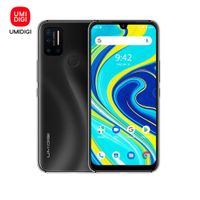 Just after a few months, Infinix released Hot 9, the Infinix hot 10 was also announced. This smartphone is the best gaming phone you could buy for under 50,000 naira. The Infinix Hot 10 Lite has featured a lower spec than the Hot 10. But you can’t really complain as this is just to reduce the price further.

The Infinix Hot 10 Lite sports the Helio G70 processor, 2GB RAM, 32GB ROM, and a 5000mAh battery. It has all the nice features you want your phone to have, just name it. The only problem with the phone is its selfie cameras. They are not quite detailed. If you want the best from the Hot 10 series, you can add a little to your budget to get the Hot 10 instead of the Lite version. 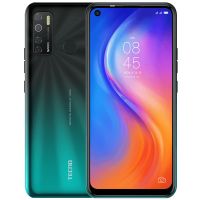 The Infinix Hot 10 Play is also among our list of the best phones under 50,000 naira. This smartphone is powered by a MediaTek Helio G25 processor, 4GB RAM, and 64GB of internal storage.

In terms of gaming, the phone might not be as powerful as the Hot 10, but it provides value for money. The phone cost around NGN 50,000 only.

Blackview smartphones are not popular in Nigeria. Majority of their sale is in the US. The Blackview A80 Pro comes with a lot of cool features that make it one of the best android phones under 50,000 naira.

This smartphone is powered by an Helio P25 processor, 4GB RAM, 64GB internal memory, and a 5000mAh battery. The Blackview A80 Pro runs on Android 9.0 which is a little bit old since Android 11 was recently announced.

Just like the Redmi 9c, the Blackview A80 Pro comes with a triple rear camera system and an 8Mp selfie camera. The Blackview has more RAM than the Xiaomi Redmi 9C, but the performance of the Redmi 9C is still better. 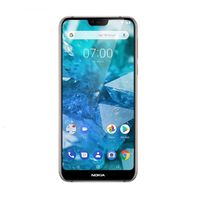 When listening to music with high vibes without a sub to reproduce the low-pitched audio frequency (bass), you surely...
TV